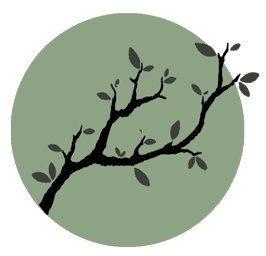 The term mycorrhiza (plural mycorrhizae) is rather like the term “marriage”. It describes an association, a relationship. If both parties to the relationship are compatible, and conditions suitable, they will both benefit. Otherwise, the relationship is of no benefit to either and it ceases.

One party to this relationship is your tree; the other is a microscopic beneficial fungus. The fungus forms a sheath-like structure at the root tips through which it passes to the tree various nutrients it has gathered from the soil in exchange for food the tree has produced through photosynthesis (remember, fungi are not able to produce their own food in this way).

In fact almost all vascular plants (which excludes mosses, other fungi etc.) benefit in nature from a mycorrhiza association of one kind or another. Although mycorrhizae are by no means essential to the well-being of most plants, their associations are of tremendous benefit in less than ideal circumstances. For example, a tree planted in fertile, moist yet well-drained soil with a good supply of readily available nutrients will already be growing at its maximum rate with maximum health, and so has little need of mycorrhiza. Indeed, as we will see later, mycorrhiza fungi would probably not survive for long in such conditions anyway. On the other hand, trees planted in marginal conditions would probably not survive without a mycorrhiza and it is in these conditions that mycorrhiza fungi will thrive.

This begs the question; “Is bonsai soil in a bonsai pot ideal or less than ideal?” The answer has to be less than ideal. Bonsai containers provide “marginal conditions” for any tree and it is only the dedication and knowledge of the grower that enables the tree to thrive. In a bonsai pot, the roots are subjected to the extremes of temperature – becoming as cold as the ambient temperature in winter and as hot as a tin roof in summer. They are also subjected to daily drenching and drying during the growing period. The soil is largely inert or lifeless (Akadama, baked clay, grit, pumice) and any nutrients are rapidly leached out with daily watering. These are exactly the conditions in which mycorrhizae can be of profound benefit to plants.

Are Mycorrhizae species-specific.
Not as a rule. There are a few mycorrhiza fungi species that will only associate with one host species, but the vast majority have a broad range of potential hosts. Likewise, virtually all plants – and almost certainly all trees – are perfectly happy to form mycorrhizal associations with a number of different fungi, the eventual choice being dictated largely by which fungi are available in those particular soil conditions.

Types of Mycorrhiza.
There are two major types of mycorrhizal fungi based on the anatomy of their association with the host roots: ectomycorrhizae and endomycorrhizae.

Ectomycorrhizae
Ectomycorrhizae typically grow in the inter cellular spaces of the root cortex (outer layer or “skin”) and for a thick mantle of tissue around the exterior of the root tip. Some hyphae (fine, thread-like filaments) extend out from the roots and into the surrounding soil to gather water and nutrients. The network of inter cellular filaments, the Hartig net, forms the exchange sites where the host swaps carbohydrates for nutrients from the fungus. Ectomycorrhizae occur primarily on members of the Pinaceae, Betulaceae and Fagaceae families.

Endomycorrhizae
Endomycorrhizae grow mainly inside the cortical cells (INTRAcellular) spaces These do not form any external mantle so they are impossible to detect with the naked eye, but they do also send out extensive hyphae into the surrounding soil.

Some endomycorrhizae form structures called vesicles and arbuscles within the root’s cortical cells. These are known, naturally enough, as vesicular-arbuscular mycorrhizae, or VAM for short. This is the type of mycorrhiza we find on 90% of the world’s higher plant groups. The arbuscles are tightly bunched hyphae, which take carbohydrates from the cells, growing as they do so. Once they have completely filled the cells, they break down, releasing their nutrients to the host and the fungus proceeds to colonize another cell. As for vesicles – nobody has yet discovered their function.

There is a third group called ectendomycorrhizae, which, as you might have guessed, combines some of the features of the other two groups.

How do Mycorrhizae get there.
First, the potential fungal Symbion must produce viable mycelium (see panel on Anatomy of Fungus, below) in the vicinity of the roots of the potential host. Usually this involves the germination of either spores or “resting” hyphae. This mycelium must then find its way to the roots of the host, which it does not entirely by chance. The area of soil around a plant’s roots – the rhizosphere – contains millions of minute organisms (micro flora) which are influenced by the presence of the roots. By detecting this, the mycelium can navigate its way to the roots remarkably efficiently. Having reached the roots, the mycelium must penetrate them.

Reproduction
VAM reproduce from chlamydospores, which are long-lived, thick-walled spores, produced by the fungus near the surface of the host root, and are able to withstand the rigors of underground life until the roots of a potential host grow close by.

Ectomycorrhizae can reproduce from spores or vegitatively from various types of clusters of hyphae or from resting hyphae.

In all cases, germination is stimulated by near proximity of roots of a potential host plant, via their effect on the microflora in the rhizosphere.

Benefits of Mycorrhizae
Research is continuing into the many benefits to plants of mycorrhizal associations and there are probably many yet to be discovered. However, in the light of current knowledge, benefits can be divided into six categories.

Water and Nutrient Uptake
Mycorrhiza greatly increases the roots efficiency at nutrient and water uptake largely because of the vastly increased absorptive surface area. The combined surface area of the millions of hyphae is far greater than that of non-mycorrhizal roots. In addition, the extending hyphae are able to draw on more distant or inaccessible supplies of water and nutrients from than the roots can reach. (Bear in mind that the rhizosphere is always in effect nutrient deficient by virtue of the presence of the functioning root, which has taken the available nutrients!)

Using radioactively labelled nutrients, scientists have shown that ectomycorrhizae are especially clever at absorbing phosphate and potassium as well as alkali metals. VAM were shown to be efficient at absorbing phosphorus, copper, iron and calcium.

Alleviation of Stress and Disease
Environmental and cultural stresses influence the plants susceptibility to and ability to combat bacterial diseases and are known to actually cause some non-bacterial diseases. VAM greatly reduce the environmental stresses – nutritional (too much or too little), drought, root pathogens, soil toxicity etc. – which predispose a plant to disease. The increased uptake of nutrients, particularly micro-nutrients which are “locked” to soil particles and unavailable to the roots, make the plant less susceptible to the ingress of plant pathogens, and more resistant to other environmental stresses such as cold and heat.

Ectomycorrhiza, in particular, have recently been shown to resist attack by soil-borne pathogens. For example, there are several mycorrhizal fungi known to protect pines from pathogens such as phytophthora, Fusarium and Rhizoctomia. There are several mechanisms by which this occurs, many of which are thought to operate simultaneously.

production of antibiotics by the fungus itself, which inhibit root pathogens
the physical barrier created by the mantle of ectomycorrhizal hyphae
production of chemical inhibitors by the host, induced by their reaction to invasion by the mycorrhizal fungus
The establishment of populations of protective microbes in the rhizosphere.
Altered Root Physiology
Researchers have demonstrated that ectomycorrhizae produce growth hormones and regulators which are responsible for the altered metabolism and growth of the roots themselves. These substances enhance the ramification of root tips, the proliferation of roots, enlargement of cells, and enhanced rooting of cuttings.

Detoxification of Soils
This is still a very sketchy area, as research is still in the early stages. However, scientists are now investigating what appears to be the capacity of mycorrhizae to assist plants to colonise soils, which would otherwise be chemically toxic to them.

Maintenance of Soil Structure
Mycorrhizae accelerate the decomposition of primary minerals and secrete organic ‘glue’(extracellular polysaccharides) which bond the finer soil particles into larger, water-stable aggregates.
Mycorrhiza inoculation
We all save some old mycorrhiza from our pines, and re-introduce it into the new soil when we repot. Does this work? Well, yes it does.

In fact there could well be enough spores, chlamydospores, sclerotia, rhizomorphs and resting hyphae left on the remaining roots to colonize the pot ten times over. But because you have pruned away the root tips, where the mycorrhiza forms, and your loose, granular soil has left you with an almost bare-rooted tree, you can never be sure, so re-introducing it is a very good idea.

The same goes for other species with endomycorrhizal, which you can’t see. Re-introducing chopped-up pieces of the pruned-away root tips will help to ensure recolonisation of the pot.

However, there is one other important point. Remember we discovered that when the fragments or spores germinate, they are stimulated to do so by the microbial changes in the rhizosphere – which you do not have in your new soil and clean roots. The roots that the inoculated mycorrhiza is adhered to are now dead. One answer is to make sure that, when you introduce the chopped-up mycorrhizal roots, they are in good close contact with living FEEDER roots. Another is to include a proportion of the previous soil in your new mix. Since the entire pot was probably completely filled with roots, practically all the soil would qualify as rhizosphere.

Another reliable way to introduce mycorrhizal fungi is to use one of the several commercial products available today, such as Myconox. The better inoculants contain spores of several different species of endo- and ectomycorrhizal fungi, which are usually captured on microscopically small particles of a turface-like mineral.
Talking trees:

There are instances where trees appear somehow to communicate with each other.

One involves a tree, which is preyed upon by an insect, which strips the tree bare faster than it can regenerate foliage, usually killing it. As soon as one tree in a cluster becomes infested, all the others immediately begin to secrete a substance toxic to the insects, thus keeping them away.

Scientists now believe that the chemical message is passed through the mycorrhiza, which commonly becomes bonded, with mycorrhiza from neighboring trees.

Another instance involves a plant phenomenon called aggressive competition, where one species will not allow any other to grow near it. Researchers are now looking into the possibility that in many cases mycorrhizae are also responsible for this: the mycorrhizae from the aggressor attacks that of the unwelcome species.
Some you can eat
although many mycorrhizae are microscopic, producing single spores (chlamydospores), others produce quite large fruiting bodies. Miniature fungi that appear in the pots of birch, hornbeam, larch and spruce, May well belong to mycorrhizal fungi.

The most famous mycorrhizal mushroom is the black truffle, which associates only with the sweet chestnut (castanea sativa) the white truffle associates with Rocky Mountain juniper. In nature animals feed on these and the spores, pass through the body to be distributed around the forest.

Jurassic Mycorrhiza
Phyto-archaeologists have discovered correlations between the geologically sudden disappearances of tree species from large areas with the disappearance of evidence of associated mycorrhizae. The interesting aspect is that the mycorrhizae seems to have disappeared first, indicating the potential long-term effect of mycorrhizal deficiency.